‘Baywatch’ actress Donna D’Errico, 54, hits back against women who say she’s ‘too old to wear a bikini’

Donna D’Errico, 54, has a message for women who shamed her for posing in a bikini.

The Baywatch alum took to Instagram on Sunday, July 17, to share a photo of herself lounging in a light pink bikini. She captioned the photo, “Quite a few women complained about the 4th of July video I posted in a red white & blue bikini because they thought I was ‘classier than that’ and ‘too old to wear a bikini’ and, my favorite, ‘desperate’. Let me tell you something that might surprise you. I can actually wear and do literally whatever I want.”

She concluded her post with, “On that note, here is me in a bikini squatting on a coffee table.”

Also Read- How to Try to Become a Millionaire

The former BattleBots host received lots of praise for her post in the comments section. One follower wrote, “Do whatever the eff you want to do, sweetheart! We love you! Women always attack other women and try very hard to make them feel bad about themselves. You have nothing to feel bummed about.” Another added, “Donna, you can wear and look ABSOLUTELY PHENOMENAL in a bikini. Don’t let them jealous haters bother you one bit.”

D’Errico isn’t the only woman to hit back against people who say she’s no longer the appropriate age to sport a particular kind of bathing suit. In April, model Paulina Porizkova, 57, shared some of the hateful comments she received on her own bikini photos on Instagram in order to shed light on ageism. Comments included, “You must be in so much pain to keep posting bikini pictures at your age.”

“I get comments like these every time I post a photo of my body. This is the ageist shaming that sets my teeth on edge. Older men are distinguished, older women are ugly. People who believe prettiness equals beauty do not understand beauty. Pretty is easy on the eyes, partly because it’s a little bland, inoffensive. It’s easy to take in and easy to forget,” Porizkova wrote at the time. “Not so beauty. Beauty can be sharp. It can wound you and leave a scar. To perceive beauty you have to be able to SEE. This is why I believe we get more beautiful with age. We have earned our beauty, we understand what it is, and we can see it so much better. There is no such thing as ugly and old. Only shortsighted and ignorant.”

Porizkova’s post caught the attention of Lisa Rinna, 58, who posted her own bikini photo in defiance of ageist stereotypes.

“[Paulina Porizkova] posted a photo of herself in a bikini and she was called old and ugly for doing so,” the Real Housewives of Beverly Hills star wrote. “Well I’m 58 and here is my ‘old and ugly.'” 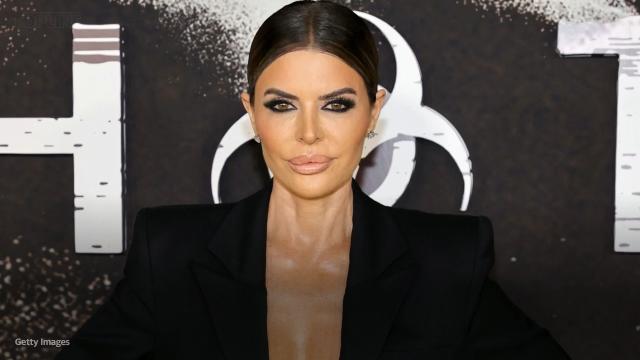 Lisa Rinna gives trolls something to talk about with sexy bikini photo: ‘Here’s my old and ugly’

Lisa Rinna gives trolls something to talk about with sexy bikini photo: ‘Here’s my old and ugly’